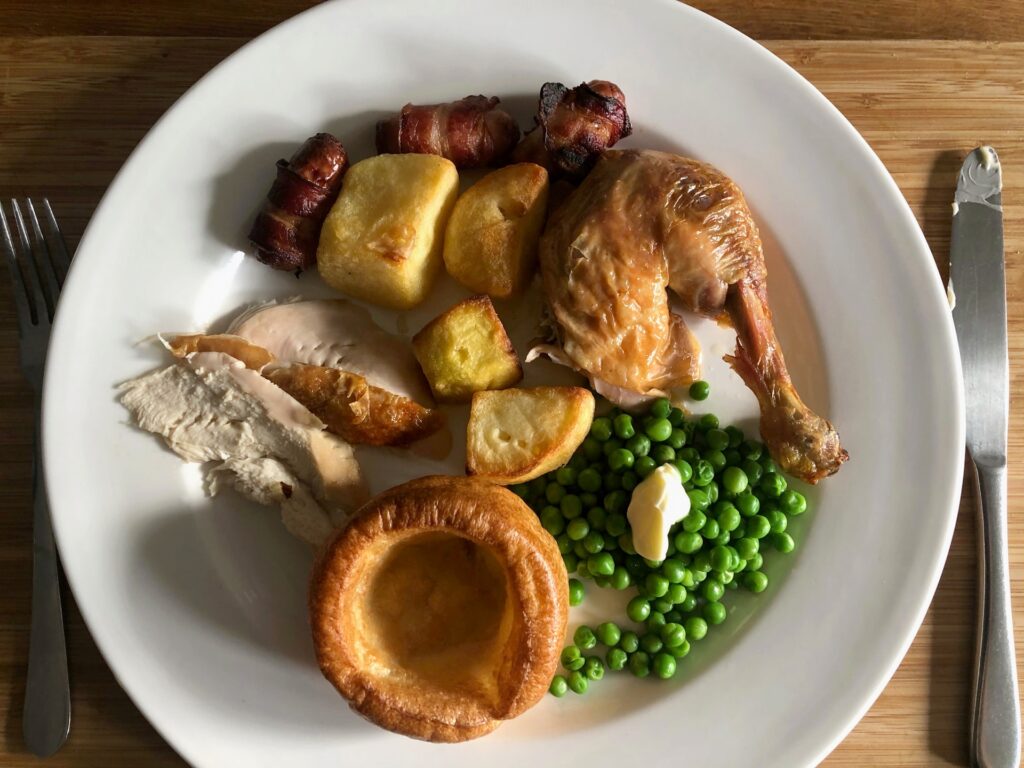 If you are curious about it, you’re in the right place. Let’s see if popovers and Yorkshire pudding are the same things or not.

First of all, both popovers and Yorkshire pudding use two kinds of batter that are similar. The batter contains eggs, milk or water, and flour. This is common for either popovers or Yorkshire pudding. But the way the batter is prepared could shed some light here.

You may already know that popovers are light, hollow rolls, this true American recipe is basically cooked in a muffin tin or what is usually called a popover pan. Keep in mind that a muffin tin and popover pan could be used in different ways. In this case, the difference is the angle. The recesses of the muffin tins are sloped at an angle, whereas the popover tin recesses are straight from up to down.

Then, the popover tin or muffin cups are lubricated with drippings from roasted pork or beef. This is what makes popovers taste like meaty-flavored pastry. But popovers can also taste sweet and fruity and be mixed with jam and whipped cream. It can also be paired with various meats for lunch or dinner.

Yorkshire pudding, believe it or not, is more versatile than popovers, and simpler too judging from its appearance. It was initially designed by English cooks to absorb the excess fat produced by the meat that is being roasted.

To prepare Yorkshire pudding, you can follow the same steps above. Pour the batter into an oiled baking pan. Sometimes, you can also place the batter under roasting meat, so it can soak up all the excess fat.

Just like popovers, Yorkshire pudding can be stuffed with meats. You can also use mashed potatoes, vegetables, gravy, and pretty much anything else that you want. Yorkshire pudding is versatile and tasty, and it also rather iconic in Britain. Did you know that the British celebrate National Yorkshire Pudding Day in February?

To make it easier for you to remember the differences, refer to the list below: